Director of Photography, Cinematographer Lighting Cameraman & Camera Operator who has a track record of delivering the best results no matter what the budget, schedule or the amount of crew. Anna enjoys working with the Director and Producers to turn the productions vision into a reality. 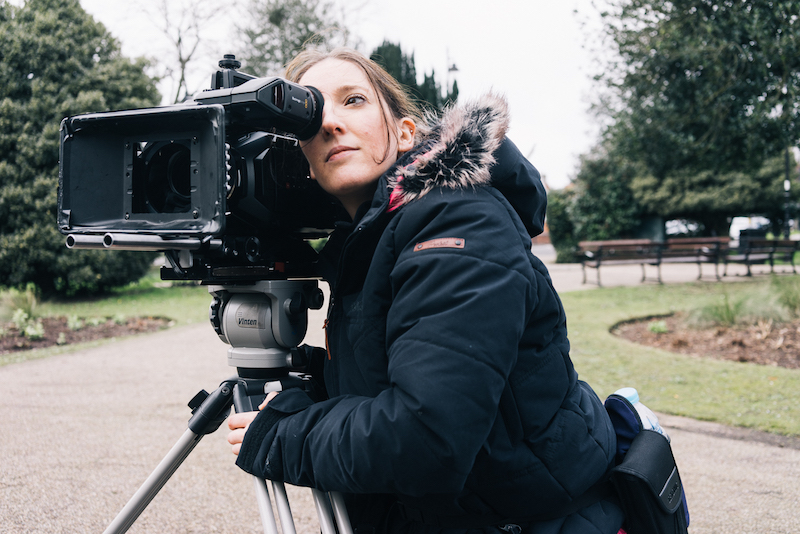 DOP on Feature Film Ambleton Delight which won 3 awards including Best Feature Film at The British Independent Film Festival & Best UK Feature at The End of the Pier International Film Festival. Shot in 10 days on a budget of £5000.

Camera Operating for DOP Sue Gibson BSC on feature film 31 North 62 East whilst Sue was the President of the British Society of Cinematographers.

Mentored in Cinematography for a year by DOP Henry Braham BSC on the film The Golden Compass allowed Anna to understand how to work with production designers and colourists to get the highest standard of production.

Operating cameras and grip equipment in single and multi-camera setups.

Loading film into film magazines and slating with a clapperboard.

"Anna worked will under the pressure from stepping in a replacing our existing DOP, due to ill health. She jumped straight in and demonstrated her ability and professionalism, during what at times was a very fraught shoot. I look forward to staying in touch with Anna, and working with her again." --Will Wright 2014